Mr Scott Mason is a highly trained specialist orthopaedic surgeon who offers a general scope of practice covering many aspects of orthopaedics.

Scott was born and raised in North Queensland before moving to Melbourne in 1999 to attend Medical school. He gained his primary medical qualification with first class honours, from Monash University in 2004. He then gained entry to the orthopaedic training program in 2008 where he trained in both Sydney and Victoria. He completed his fellowship training in 2013 and was subsequently admitted to the College of Surgeons.

During his training, Scott was exposed to a wide variety of upper and lower limb orthopaedic conditions.  He has an interest in all aspects of orthopaedic surgery including trauma, sports medicine and hip and knee joint replacement surgery. He has also had wide exposure to a variety of hand, wrist and shoulder surgery as well as trained under several highly regarded lower limb arthroplasty surgeons.

Prior to commencing his career in Surgery, Scott was formerly a research scientist at the University of Queensland after obtaining an honours degree in Biomedical Science in 1995.  He has been actively involved in research and has presented his work at both National and International meetings and has been published in peer reviewed journals.

Scott is a fellow of the Australian Orthopaedic Association and also has an international affiliate membership with the American Academy of Orthopaedic Surgeons.

Scott holds a public VMO appointment at Ballarat Base Hospital and works privately at St John of God Hospital. He also travels to Ararat on a monthly basis to provide quality orthopaedic care for the people in this region.

Scott is actively involved with the training and teaching of future orthopaedic surgeons and medical students. He has  appointments as a Senior lecturer and Orthopaedic discipline leader for the University of Notre Dame, Sydney and Senior clinical lecturer with Deakin University (Ballarat Campus). 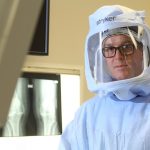 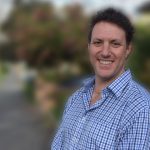