By Ballarat OSM
Posted March 25, 2019
In Blog
The Narcotics problem and how ‘LIA’ solves It2019-03-252019-03-25/wp-content/uploads/2017/07/ballarat-osm-logo.pngBallarat OSMhttps://www.ballaratosm.com.au/wp-content/uploads/2019/03/shutterstock_147213194.jpg200px200px
In the news at the moment is that oxycodone is addictive and a class action against the manufacturers is underway – but I’ve been avoiding narcotics for my patients for years.
In fairness to the narcotic crowd – they are useful painkillers for acute severe pain, and long acting patches have some value for residual pain after surgery, but otherwise – why bother?

The combination of Meloxicam, Paracetamol and Tramadol as a top up covers just about every scenario. For surgery – Local Infiltration Analgesia, or LIA (Ropivicaine, Ketorolac, Dexamethasone, and Adrenaline) is critical.  Norspan (Buprenorphine 5ug/hr) for knee replacements, posterior approach to the hips seems to help and avoid peaks and troughs in pain control.  A little Amitriptyline for rare neuropathic pain is useful.  But I wonder whether the narcotics crowd has fanned the anxieties of prescribers, making narcotics the easy solution for doctors?

I accept that Tramadol is also potentially addictive, but I found a decade ago when I swapped using Endone to Tramal, that my patients no longer required another five boxes, but were likely to use just a bit over one box after knee replacement surgery.  Tramal is much less addictive than Endone.

Some surgeons are preferring Tapentadol – although I wonder whether less serotonergic effect is actually better, and the fast acting option is not covered by the Pharmaceutical Benefits Scheme.  Nausea is unlikely if the patients if the starting dose is 50mg at a time, and the patients actually have enough pain to justify it.  Hallucinations do rarely occur, in which case we swap to something else.

Avoidance of NSAIDs (Nonsteroidal anti-inflammatory drugs) is another reason narcotics are overprescribed.  Celecoxib might upset asthma, and might cause nausea, so we use meloxicam.  After surgery 7.5mg twice daily hopefully improves its COX-2 selectivity.  Our patients are on a PPI (Proton-pump inhibitors) for the two weeks after surgery anyway, since this gastrointestinal bleeding has been rare, even with powerful anticoagulants in some patients.  Avoiding use of NSAIDs in patients with degrees of renal failure has been exchanged for reduced use.
Our approach depends on the patient’s eGFR (Glomerular filtration rate) – given one third of patients have at least mild renal impairment – one needs a plan!  We limit intravenous fluids usually to a litre, but encourage oral fluids up to 2 hours prior to surgery, and straight into the oral fluid in recovery. NSAIDS are much more valuable than narcotics in orthopaedic surgery and injuries.

In the instance of joint replacement surgery – Torodol (ketorolac) is administer in the periarticular mix intra-operatively, and directly into the joint via a wound catheter with a 0.4um filter after surgery.  The evening dose is for morning patient, the morning after dose is received by all patients. The Mobic (meloxicam) is used typically for three weeks for hip and knee replacements.

We remeasured the eGFR in patients after surgery if their preoperative eGFR was abnormal.  The graph below is of 63 patients who had a followup eGFR in the two years prior to February 2018.  We note a dip in eGFR on day one after surgery, then recovery.  We’ll collect more data and hopefully get it into a peer reviewed journal.

In conclusion:
The down sides of narcotics are underestimated by most doctors, but they overstate the concerns about NSAIDs and tramadol.
The only narcotics we routinely use is a Norspan patch (buprenorphine) and even the concerns about NSAIDs are addressed by adjusting the doses, and keeping fluids up.  Having comfortable alert patients is better than narcotised ones.
The concerns about tramadol are addressed by starting with small doses, ensuring it is used sparingly, and checking any SSRI dose is reasonable.  Perhaps one or two percent of patients are not suitable for this approach.
Mr David MitchellOrthopaedic Surgeon
Recommended Posts
Categories 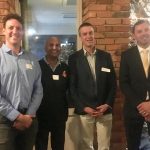 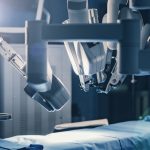