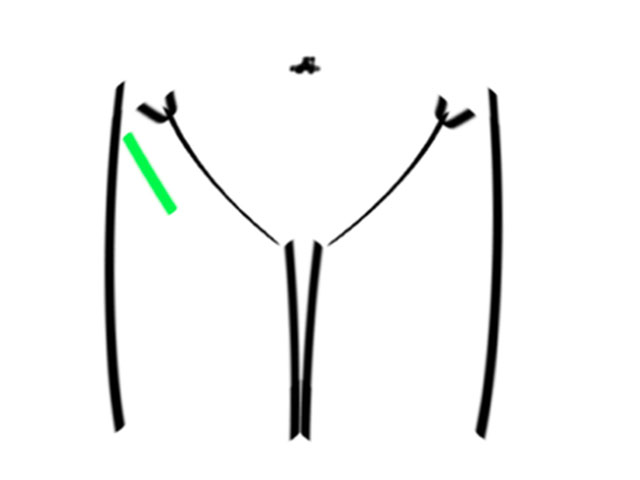 Surgeons everywhere continue to work to improve the quality of outcomes of hip replacements.

The most common approach in Australia – the “posterior approach” – is being challenged with a new approach – the “anterior approach”. At the outset, I’d like to say the Australian Arthroplasty Society has a public statement that surgical approach does not influence results.

A potential problem with the posterior approach is that it cuts through the capsule at the back of the joint. Whilst this usually heals well, it can expose the patient to a risk of dislocation in the realm of 1%. Dislocation is a bad complication – the patient needs to go to hospital, usually by ambulance. The alternate anterior approach carries a significant risk of fracture – usually around the hip, but there have been reported instances of knee injuries and ankle fractures from the use of a traction table. The reason traction through a boot around the ankle is used is to improve exposure,

It is possible to do the anterior approach WITHOUT a traction table. There is a smattering of surgeons performing the anterior approach in this fashion. At Ballarat Orthopaedics & Sports Medicine, Shaun English & David Mitchell have each undergone training in this approach.  The expectation is that with less force, unexpected injuries should be avoided.  That still leaves the problem that a potential “learning curve” exists. Until a surgeon has done around 50 cases, the chance of needing to re-operate on the hip seems higher than sticking to the old way. Probably “horses for courses”. A thin, ligamentously lax patient has the most to benefit from an anterior approach.

Different incisions can be used, this “Bikini” incision heals beautifully in thin people as it is parallel to “Langers lines” and avoids getting to close to the boney prominence. A similar scar starting at the same site but angling towards the outer kneecap can be used in heavier patients. 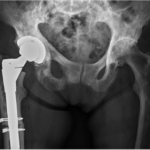