Why do Anterior Cruciate Ligaments Fail?

Anterior cruciate ligament (ACL) injuries can be catastrophic in pivoting sports such as AFL, soccer and netball. According to data published in the Medical Journal of Australia last year, the number of young Australians requiring knee reconstruction has increased by 70% in the last 15 years. The direct hospital costs of reconstructions in a single year alone (2014-15) was estimated to be $142m.

The majority of ACL injuries are ‘non-contact’ injuries, where the knee is injured without any contact from another player.Why should an ACL give way under conditions that the player may have done exactly the same way thousands of times before? Maybe that’s exactly the problem. 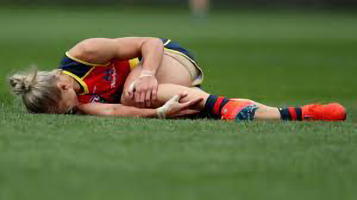 A recent paper investigated repetitive pivot loadings at four times body weight, about what a knee is subject to when someone jumps and lands. Using cadaveric specimens, they compared a loaded knee to the contra-lateral, unloaded knee. They found the ACLs in the loaded knees began to fail under normal stress loads. Subsequent analysis of these ACLs found microscopic damage to the collagen fibres, similar to that seen in samples of ACLs from knees being reconstructed.

The authors conclude that microscopic damage to the ACL is accrued over many repetitions of loads that stress the ligament. It is unknown whether a microscopically injured ACL can repair overtime, and hence whether such knees remain at risk of ACL rupture.

It is not really feasible to ask athletes to refrain from training so as to avoid microscopic injury to their ACLs. Maybe minimising the load through their ACL each time is a better bet… an earlier blog here discusses training techniques to prevent ACL injury. 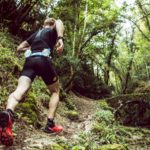 Unravelling the all too common bone stress injuryBlog 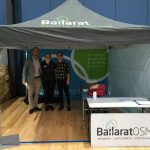